Kazuo Kitai had dropped out of university just six months after entering the Photography course in the Art Department of Nihon University in Tokyo. As he puts it himself: "I didn`t listen to anything my teachers said". He had been living in Kobe, and even as a teenager used to visit the ateliers and exhibitions of the Gutai artists who are so celebrated nowadays. This was a chaotic era, with trouble fermenting in student and worker movements. The rebellious young Kitai had an idea to make a photo book inspired by french film of the early 1960s; to create a document combining the street demonstrations together with scenes of everyday life in the streets of the same city. He put everything into publishing that work, known as "Teiko" (Resistance). He intended to go on to publish a second book: "Kagekiha" but Teiko failed to sell, leaving him broke. In disappointment he returned Kobe and photographed the Kobe dockers. His work in "Teiko" had already drawn the attention of the student protest leaders, who asked him to return to Tokyo and photograph for them the ongoing student and worker riots. And so began a 6-year involvement and documentation of the 1960s from the front line. 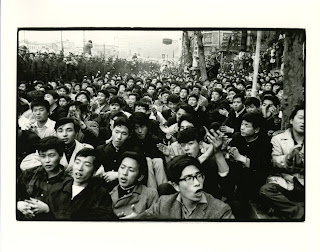 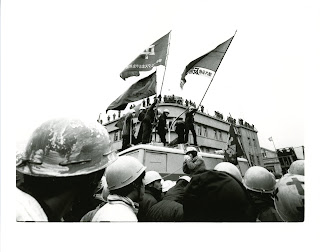 "Kagekiha" Kitai`s title for the photographs taken during riots at several locations in 1965-68, including Haneda, Oji, Yoyogi and Hibiya in Tokyo and Sasebo in Kyushu. The specific issues were various, from anti-Vietnam riots, protests against the visit of American nuclear vessels and the Japan-Korean accord, to the closure a tram line. 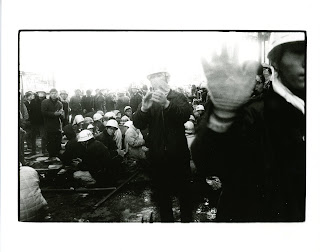 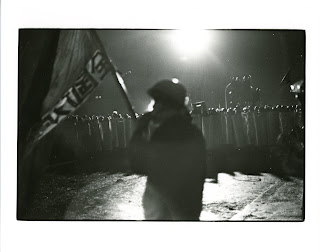 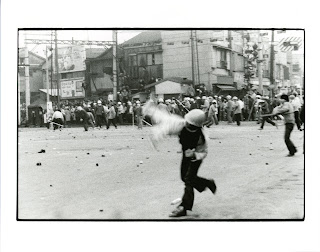 Many photographs were taken of these very visible actions, but none consistently from the front line. Kitai was standing in a room barricaded by students when the police forced entry and rushed in. 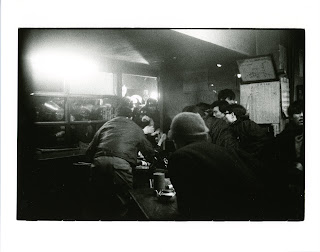 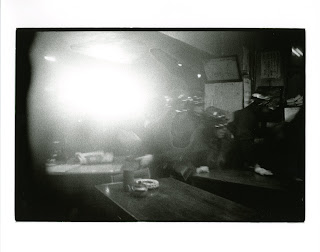 Kitai says he was standing taking photographs as the policed rushed in, chasing the student protesters, and the room was left empty except for Kitai and his camera. Note the teapot and ashtray still sitting on the table.

It would have been difficult to conceive that within a few years Kitai would be taking some of the most peaceful and lyrical of photographs ever taken in Japan in rural Japan, in his "Mura-e" (To the Villages) work of the 1970s.

Kitai was to live with a farming family in the village of Sanrizuka for two years 1969-71. This was the site of what is now Narita Airport, and the scene of desperate and ultimately futile resistance by the villagers. But this was the pivotal work that bridged the photographs of the demonstrations and riots of the 1960s with the retreat to rural byways of the 1970s. "Sanrizuka" was selected by Martin Parr as one of the world`s 20 most influential protest photography books.

It was his photography of the unrest of the 1960s that first brought Kitai to the attention of his peers. This was the era during which the Provoke photographers were coming as the avant-garde of new photography in Japan, and Kitai was encouraged by Takuma Nakahira and featured in his editorial writings. The great Ihei Kimura himself became aware of the young Kitai`s work and invited him to join him on his last visit to China in 1973. Kimura died the following year, but Kitai was to be awarded the inaugural Ihei Kimura Prize in 1977.


Zen Foto has published the book of Kitai`s photographs from this period as "Kagekiha". We have adopted the same large format that Kitai used for "Teiko". 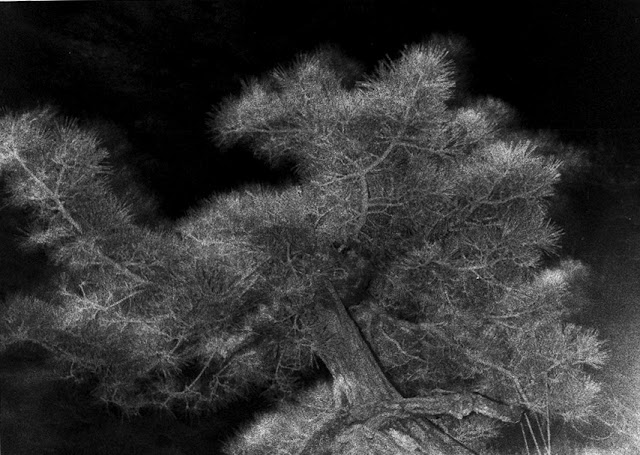 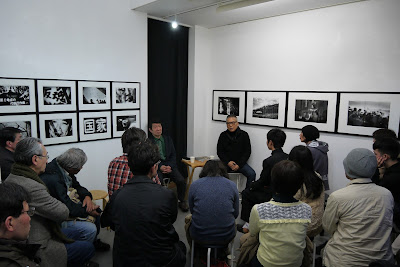